Let me introduce myself

Hi, I am Paul Goes from the Netherlands and my hobby is .... creating Donkey Kong romhacks.

In 1978, when I was 9 years old, my dad bought a brand new Tandy TRS-80 home computer. At first I played the games that came with it (I fondly remember 'Flying Saucers'). But after a few months I started creating small programs in BASIC. Quickly it became apparent that BASIC was sometimes slow and I started writing parts of the programs in Z80 assembly.

In 1983, when I was 13 years old, I created a TRS-80 program that recreated the Game and Watch Donkey Kong Jr handheld. It resulted in a working game, but the graphics were horrible, mostly because of the graphical limitations of the TRS-80. 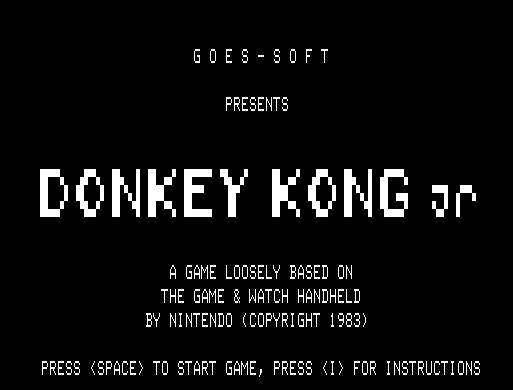 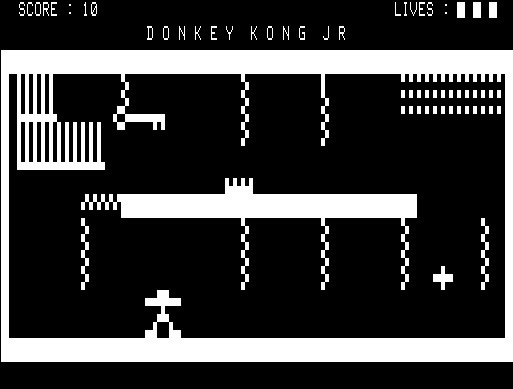 In High School I got lessons in BASIC programming using the Commodore 64 home computer. And in my bachelor education I learned programming the popular languages Pascal, C and C++. However, in my professional career I left programming behind and focused on infrastructure and infrastructure management.

The Nintendo Wii homebrew game Donkey Kong Jr.
More information about this game can be found on wiibrew.org/wiki/Donkey_Kong_Jr.

But it didn't stop with the Nintendo Wii. Because my kids were playing a lot with their Nintendo DS handheld consoles, I was wondering if I could recreate the Game and Watch Donkey Kong Jr once more, but now for the Nintendo DS. Creating this version was much fun because the handheld nature of the DS was perfectly suited for this game. With the help of the development environment DevKitPro I created the 'Game and Watch Donkey Kong Jr Homebrew DS'. After succesfully completing the game, I decided to also create the 'Game and Watch Mario's Cement Factory Homebrew DS'.

The Nintendo DS homebrew game Donkey Kong Jr next to the original.
More information about this game can be found on github.com/PaulGoes/DS-Donkey-Kong-Jr. 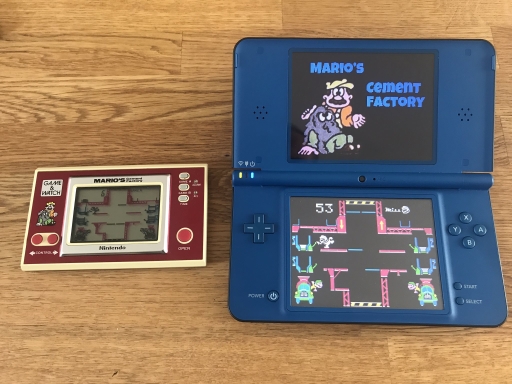 The Nintendo DS homebrew game Mario's Cement Factory next to the original.
More information about this game can be found on github.com/PaulGoes/DS-Marios-Cement-Factory.

In 2019 I discovered the Donkey Kong Hacking Kit which contains a disassembly of the Donkey Kong arcade game with comments on the inner workings of the game. I learned that the Donkey Kong game is based on the Z80 processor and uses the same assembly language that I used on the TRS-80 back in the eighties. The first thing was to read the disassembly and look how things worked. But the game programmer in me woke up and almost immediately I started thinking of possibilities to alter and to add to the game. This lead to the creation of the first prototypes 'Freerun Edition' and 'Crazy Barrels Edition' and the romhack 'Reverse'. In the spring of 2020 I was contacted by JP Buergers and he asked if I could collaborate with the Kong League to develop additional Donkey Kong romhacks and prerelease them exclusively to the members of the Kong League. Since then I developed the romhacks 'Championship Edition', 'Randomized Edition', 'Skip Start', 'On The Run', 'Into The Dark', 'Twisted Jungle', 'Barrelpalooza', 'Anniversary Edition', 'Duel', 'Wizardry', 'Springfinity' and 'RNDMZR'. 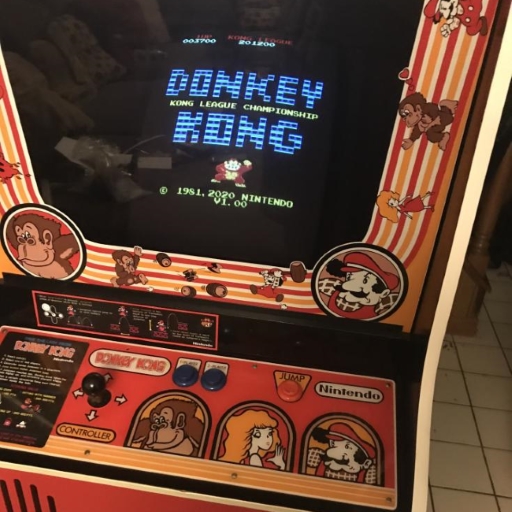 If you enjoy playing Donkey Kong, want to meet like-minded people, and maybe show your skills in a tournament, consider joining the Kong League Discord.

Send me an email